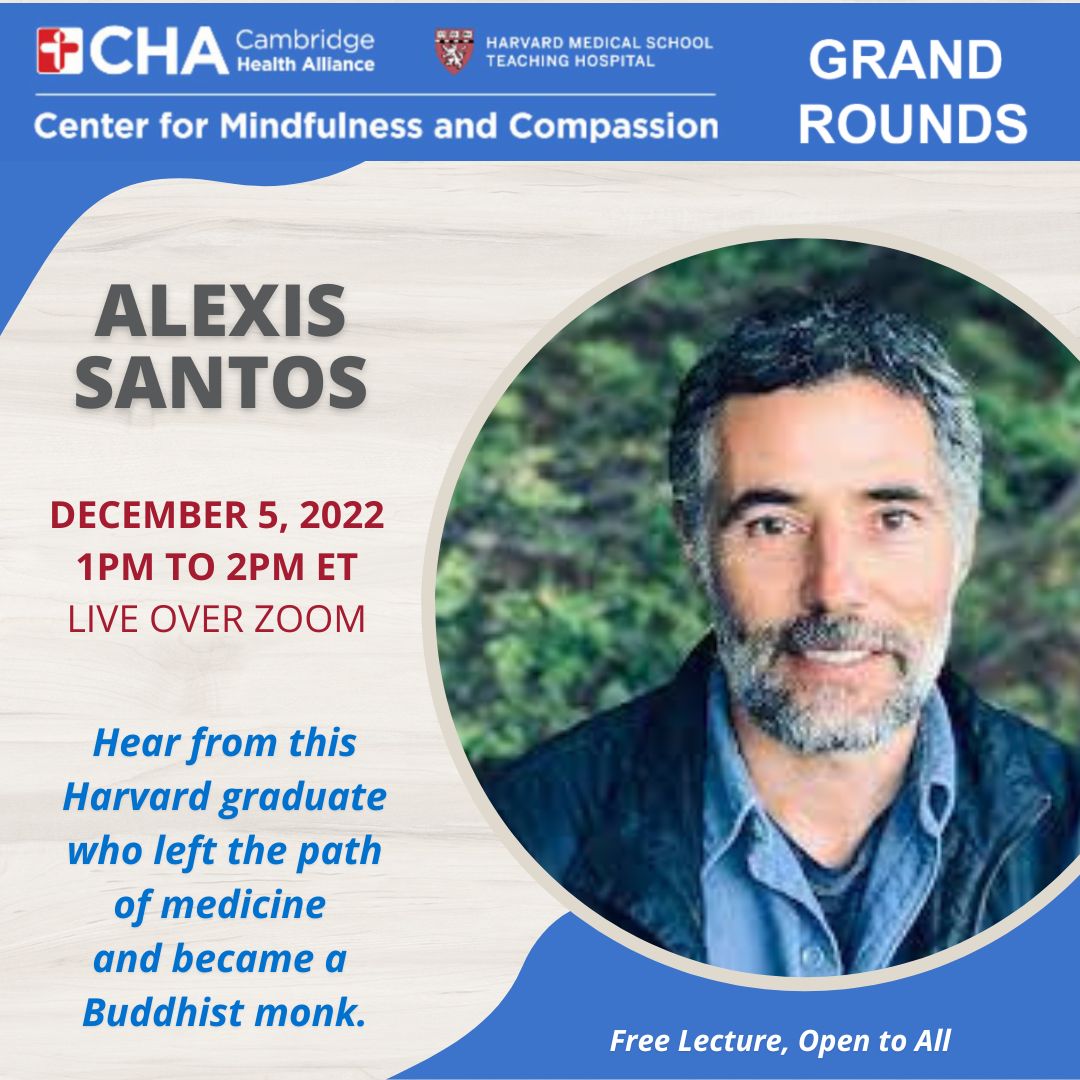 Alexis will speak live over Zoom as part of the Mindfulness & Compassion Grand Rounds at Harvard Medical School, hosted by the Center for Mindfulness and Compassion – part of the Cambridge Health Alliance, a Harvard teaching hospital. Alexis’ talk will be helpful for those new to mindfulness as well as those who are more experienced. He will focus on the following:

1) Awareness is always available. We’ll explore some practices that make this possible.

2) Where and how we place our attention plays a role in our suffering and well-being.

3) It’s not just about mindfulness. Using wisdom is an important ingredient in letting go of stress and anxiety.

Alexis has been in the field of mindfulness and meditation since 2001. After graduating from Harvard University in 1995, he spent several years in medical school before leaving his chosen career as a doctor to seek out a different path. It was while traveling in India that he was introduced to insight meditation. Since that time, Alexis has practiced in many meditative styles and traditions, including with Sayadaw U Tejaniya, the Thai Forest tradition with Ajahn Sumedho, the Tibetan tradition with Yongey Mingyur Rinpoche and within the lay Western insight community where he continues to learn from the growing diversity of voices.

Alexis’s primary teacher has been Sayadaw U Tejaniya, from the Burmese Theravada tradition, and with whom he ordained as a Buddhist monk from 2003 – 2005. Sayadaw encouraged Alexis to teach in 2012. Alexis also completed the Spirit Rock/IMS four-year teacher training program with Jack Kornfield and others, including mentors Joseph Goldstein and Carol Wilson. Alexis teaches meditation at retreat centers around the world. He is featured on the Ten Percent Happier meditation app and is co-founder of Open Door Meditation Community in Portland, Maine where he is a guest teacher. 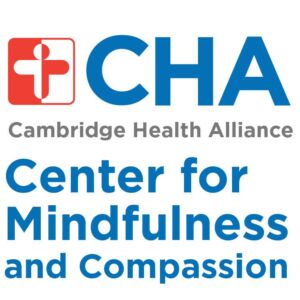 Cambridge Health Alliance Center for Mindfulness and Compassion (CMC) is an interdisciplinary center based in the Boston area enhancing health and well-being by integrating mindfulness and compassion into healthcare and our communities with a commitment to inclusivity, accessibility, and diversity. We offer multiple evidence-based 8-week courses, Professional Trainings, and workshops to help promote well-being and resilience.